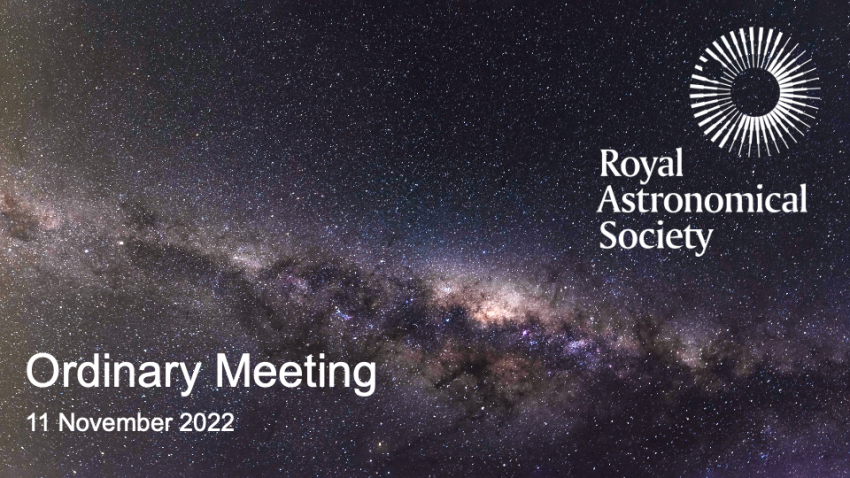 Venue: Society of Antiquaries of London, Piccadilly, London, W1J 0BE

2022 is an exciting year for astronomy, with the science operations for the highly anticipated James Webb Space Telescope (Webb) starting this summer! Webb is observing the universe in at high-resolution in the infrared, with its complement of infrared instrumentation offering an unparalleled combination of sensitivity and diffraction limited performance, will open a new window on the universe. Webb is set to transform our understanding of the first bright objects in the universe, how stars and planets form, and will search for the chemical signatures of life on distant planets. In this talk I will give both an overview of the revolutionary engineering and science that has and will be achieved by Webb, including a discussion on commissioning this flagship telescope, the first light data and the science am doing with Webb.

Dr Olivia Jones is a STFC Webb Fellow, based at the UK Astronomy Centre at the Royal Observatory Edinburgh. She received her PhD from the Jodrell Bank Centre for Astrophysics in 2013, and then worked at the Space Telescope Science Institute (the home to Hubble and Webb mission operations) prior to moving to Scotland.  She is an expert in infrared astronomy and researches the beginnings and ends of stellar evolution in nearby galaxies with Webb and Hubble. She is currently a member of the Webb instrument team and was involved in supporting its launch, commissioning and first observations earlier this year.

Neither here nor there: The coupling between giant planets and their surroundings - Dr Licia Ray

Jupiter, the king of the planets, is visible to the naked eye in the night sky as a small dot. Yet its vast magnetosphere, if visible to the naked eye, would be larger than the Sun. The behaviour of this behemoth in our local neighbourhood is dictated by the interaction between the rapidly rotating planet, plasma generated from material ejected by the Galilean moon Io, and the planetary magnetic field that threads through both regions. I will discuss how Jupiter is coupled to its local surroundings and what roles the atmosphere, magnetospheric plasma, and the region in-between each play in the interaction. We’ll touch upon how recent results from Juno have changed our understanding of the system and where to go next.

Licia Ray is a senior Lecturer in Space & Planetary Physics at Lancaster University. Her research explores on the coupling of planetary atmosphere to their surroundings. In particular, she is interested in the structure of the high-latitude regions of the magnetosphere and how the planetary atmospheres exert control over Magnetosphere-Ionosphere-Thermosphere coupling.