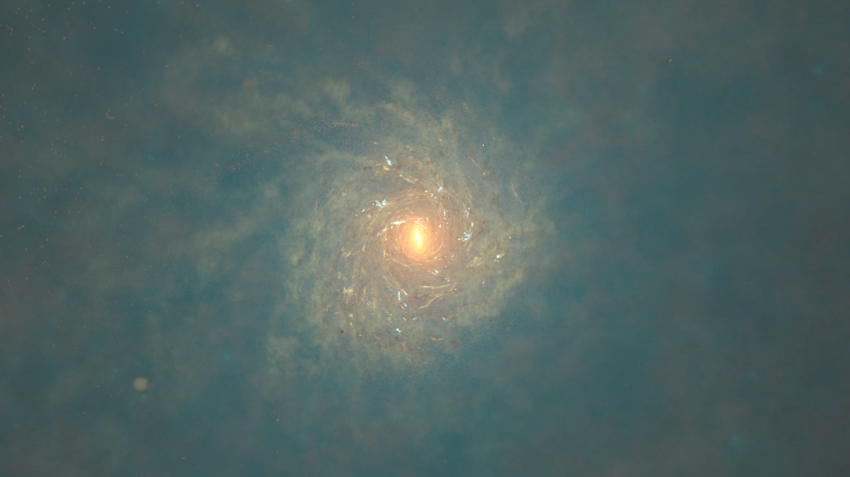 A team of researchers from the University of Notre Dame and Tohoku University have revealed the birthplace of so-called ‘gold-rich’ stars – stars with an abundance of heavy elements beyond iron, including the "jewellery store elements", gold and platinum. Their research is published in the Monthly Notices of the Royal Astronomical Society.

Hundreds of gold-rich stars have been discovered by state-of-the-art telescopes worldwide. The mystery was when, where, and how these stars were formed in the history of the Milky Way, the galaxy we live in. The team found that most gold-rich stars formed in small progenitor galaxies of the Milky Way over 10 billion years ago, shedding light on the stars’ past for the first time.

In order to reach this conclusion, the team tracked the Milky Way's formation from the Big Bang to the present with a numerical simulation. This simulation has the highest time resolution yet achieved - it can precisely resolve the cycle of materials formed by stars in the Milky Way. The simulation was produced over several months using the ATERUI II supercomputer in the Centre for Computational Astrophysics at the National Astronomical Observatory of Japan.

The simulation made it possible to analyse the formation of gold-rich stars in the Milky Way for the first time. The standard cosmology it used predicts that the Milky Way grows by the accretion and merging of small progenitor galaxies. The simulation data revealed that some of the progenitor galaxies - that existed over 10 billion years ago - contained large amounts of the heaviest elements. Each event of neutron star merger – a confirmed site of heavy element nucleosynthesis – increased the abundance of the heaviest elements in these small galaxies. The gold-rich stars formed in these galaxies, and their predicted abundances can be compared with the observations of the stars today.

The research appears in ‘Origin of highly r-process-enhanced stars in a cosmological zoom-in simulation of a Milky Way-like galaxy’, Hirai et al., published in Monthly Notices of the Royal Astronomical Society, in press.